A Day in the King’s Harem 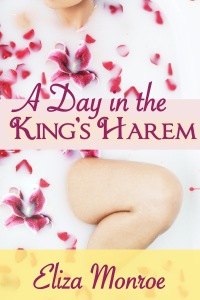 Out of options, lovely but desperate Sylvie sells herself to the King’s Harem so her family can eat. When she learns she’s been purchased as a sacrifice, she doesn’t know if she’ll see tomorrow. But the harem welcomes her enthusiastically, showering her with pleasures.

Just how much does Sylvie dare to try, on what might be her last day alive?

On Tallamyr, a curious planetary awareness called the Myr makes it impossible to hide sexual urges or pleasure, which the Myr conveys to everyone in the vicinity. The perfect place for sexual adventure, Tallamyr has become a hot spot for travelers seeking to explore.

Some people are more sensitive to the Myr, and Gracie – a smug explorer born and raised on Tallamyr – is one of them. Because of the Myr, Gracie gets more out of giving pleasure than receiving.

Tomas is looking for something new his first time on Tallamyr – valuable photos of the famed wildlife he can only get with the help of Tallamyr Travel’s guides. When he meets Gracie, he begins to understand this strange place called Tallamyr in a whole new way.

Once every hundred years, the sea nymph Lana – mistress of Neptune, the God of the Sea – returns to the shores of her birth and takes a human lover. This time, the human is eager to be taken.

Justin is pleased at first, to be chosen by the stunning, exotic woman, who makes it obvious she is only after his body. But this one-night stand turns out to be more than he bargained for. 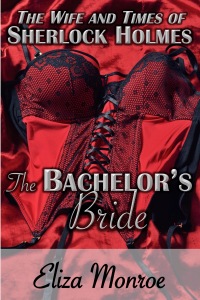 The great detective and bachelor…married? What sort of woman could have claimed Sherlock Holmes in such a way?

Author’s note: Sherlock Holmes must have been an excellent lover. Observation is his superpower, with no detail too small for his attention, and I believe the trait must extend to his knowledge of female pleasure. In my imaginings, it does! Add in a strong woman capable of handling Sherlock’s attention, and many others…and we have, The Wife and Times of Sherlock Holmes.